Thanks for printing!  Don't forget to come back to Reliable Heating & Air for fresh articles!

Change is in the (Heating &) Air 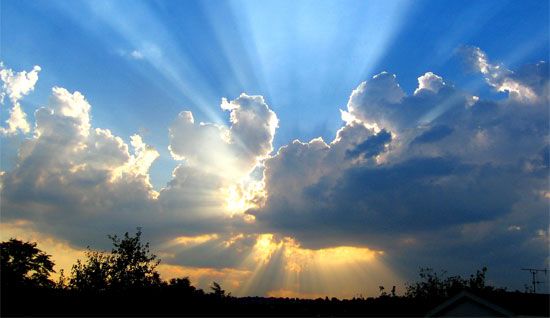 There are some real exciting changes in the heating and cooling industry and these changes are of great benefit to you personally and the country as a whole. As some of may remember, last month, I informed you about the 2009 Federal Tax Credits for Energy Efficiency program that will pay 1/3 of the cost of a new qualifying heating & cooling system for your primary residence. There are no income limits on this program and is simply to understand. Just replace your old worn out system with a new super high efficiency gas furnace or electric heat pump and you will get $1500 from the federal government. This $1500 for the most part has paid for the bulk of the increased cost of getting the top of the line system for the cost of an entry level system. Well, no more. There are a new line of units that will earn the tax credit money that will actually be cheaper than the base models.

In the past, the units that qualified for the credit were a considerable bit more expensive as they were loaded up with all the bells and whistles and these features interested some buyers while others were not enthralled with them. The great change that is so exciting and is sweeping through the heating and cooling industry is new units that qualify for the stimulus money, but that are more basic models that are not that much more expensive or cheaper than the entry level units when the credit is applied, giving even more people the option to get the credit.

In the world of air conditioners, to qualify for the $1500, the unit has to be 16 seer and above. That used to mean a special air conditioner that was two speed in it’s operation which enhanced it’s dehumidification ability and increased it’s efficiency even greater when it was in "low speed". Well now a flood of 16 seer single speed air conditioners have come on the market and they are much more affordable than the 2 speeds. They are the same efficiency, but much less complex and will be a great addition to the line up of all companies product line. The mind set of the different manufacturing facilities in the past is that anybody that would upgrade to a 16 seer air conditioner would want a unit loaded up with all the components that make a unit expensive and complex. This new line of normal super high efficiency air conditioners will make them affordable to the normal income purchaser, not just the top 10 percent of consumers.

Furnaces have to be 95% efficient or greater to earn the tax credit and up until now, that meant a furnace with a variable speed blower and a modulating gas valve or at least a two or three stage gas valve that would allow the furnace to regulate its output of heat by demand. Well now there are new models coming on the market that do not have all these features, but still achieve the 95% annualized fuel utilization efficiency (AFUE). These furnaces are much less expensive and give up some very nice comfort features, but will in the end, will make these tax credits available to a whole new group of consumers that have never been able to afford this type of super high efficiency furnace. The stimulus money now makes this type of furnace less expensive than a base model of far less afue or efficiency. Until this furnace is actually in the warehouse, one major heating company has actually dropped the price of the 95% variable speed furnace with built in dehumidification to stimulate sales until the new models arrive. Now is the time to jump on one of these super high efficient models being sold at base model prices! My assumption is when the new stripped down 95% model is available in a few months, these deluxe models will return to their normal price.

There is another product in this new law that is clearly included in the language of the law, but is not being acknowledged by the IRS and it deals with furnaces and air handlers that are super efficient in their consumption of electricity and not gas. If you go to the Department of Energy ‘s web site dealing with the new law ( www.energystar.gov ) and read the section concerning the main air circulating fan or the blower of these units, it clearly states that such product is included in the stimulus package and should be included in the $1500 credit. At this time, the IRS does not understand the difference of a high efficient gas furnace and one that is super efficient in it’s consumption of electricity. I have spoken to the IRS to try and help them understand the meaning of the new law as have many others in the industry, but they mistakenly believe the only furnace that is included is one that is gas efficient and not electrically efficient. Hopefully someone form the DOE can clarify the intent of the law to the IRS and get a ruling so this law can be enforced as written. When this happens, furnaces of any gas efficiency can be included regardless of it’s AFUE rating. What this means to you is a furnace that will save you $230 to $250 a year in electricity, remove 15% to 20% more moisture, increase the overall efficiency of your air conditioner and be cheaper than a builder grade model. This is a win win situation for all. Lets hope for a quick resolution for this one.